Archeology → „The Primeval history of the Under the Ore Mountains Region“ 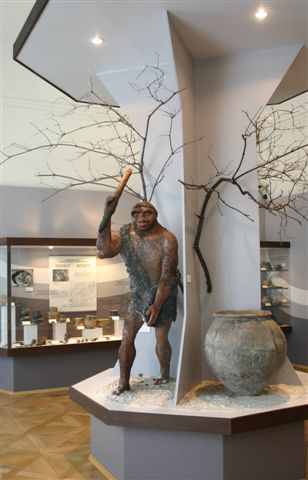 The exposition „The Primeval history of the Under the Ore Mountains Region“, the reconstruction of a primeval man (homo erectus) 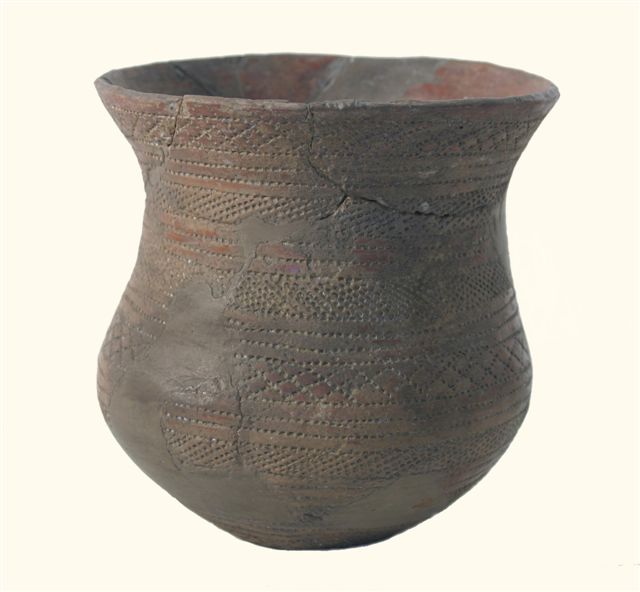 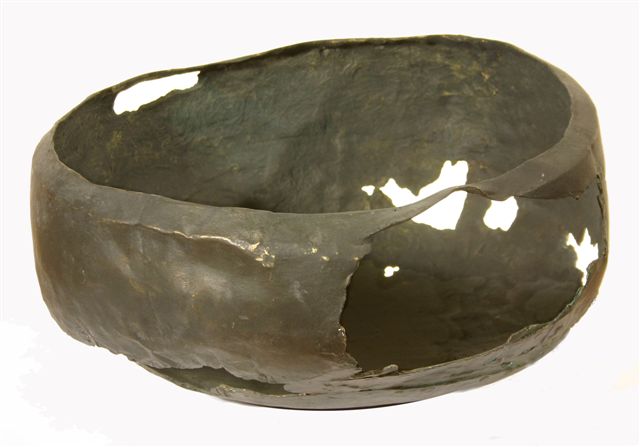 The copy of a bronze pot, in which the votive treasure trove was stored into the water of the Giant Spring near Lahošť in the Duchcov region (about the first half of the IV century B.C.) 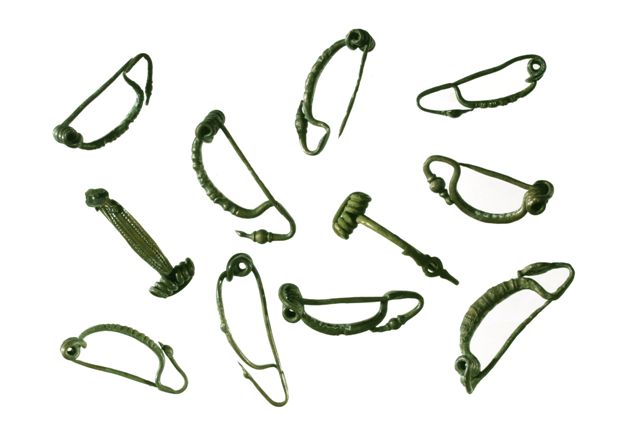 The bronze dress clips of the so-called Duchcov type and the bracelet, the typical Celtic decorations (the first half of the IV century B.C.)

The settlements and the burial grounds are represented by the ceramic exhibits, stone tools and instruments. The active cultivation of soil led to the formation of villages, the necessity of thorough wood- working for building dwelling houses – to the production of suitable stone tools, and the need to store food necessiated the appearance of ceramics. The acquaintance with the texture of plant fabric, and fabric made of sheep wool, changed the way of clothing, based until then mostly on the skins of fair game. As for the civilization of the Bronze Age ( the II century – the beginning of the I century B.C. ) besides ceramics there are samples of tools, jewellery and weapons made of the new material – bronze. The bronze tools at that time greatly improved the productivity of labour, the bronze weapons provided the effectivity of predatory invasions, and bronze on the whole turned out to be a perfect material for the development of jewellery, especially for the production of clips, bracelets, necklaces and braces. The Celts historally inhabited the north-west Bohemia in the early Iron Age ( the IV – I centuries B.C.). The high professionalism of Celtic craftsmen is proved by the findings in the burial grounds. One of the biggest Celtic Central-European cemetries was found near Jenišov Újezd in Bilina region. The most famous Celtic treasure trove, found in the Giant Spring near Lahošť in Duchcov region, besides the samples of bronze braces, bracelets, rings and ringlets, contains a copy of a bronze pot. Nowadays it is impossible to find out how much bronze jewellery was stored into the waters of this spring (about the year 350 B.C.) by some Celt of a high social position, who wanted in such a way to earn the favour of supernatural powers and godheads. The settlements and burial grounds of old Teutons, who replaced the Celts, have survived since the Roman times and the people´s migration (in the I century B.C. – the V century A.D.). The Teuton culture, with a lot of imports from the provincial surroundings of Rome, is represented, first of all, by the findings from cremations of commons (ordinary people) or from the graves of unburnt bodies of Teuton aristocracy. In the broken up prince´s tomb (near Lysec) archeologists found a bronze frying pan (now it is in the collections of the National Museum in Prague), which is the only representative of the primeval history of Teplice whose maker´s name we know. According to the stamp on the handle it was produced in the work-shop of T. R. Sitt and C .A. Hanonn in Roman Kapua and got to the Under the Ore Mountains Region as a result of a business transaction.