Art of the XIV - XVIII centuries

Art of the XIV - XVIII centuries 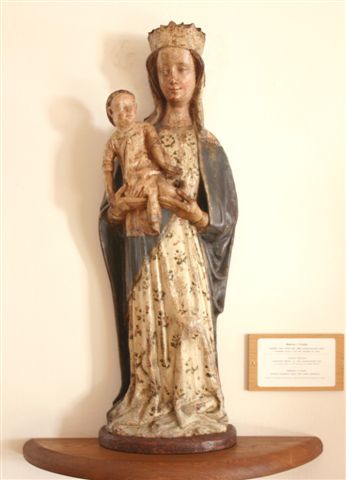 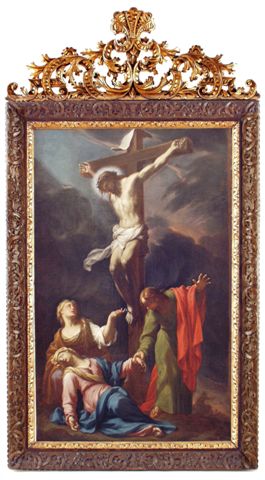 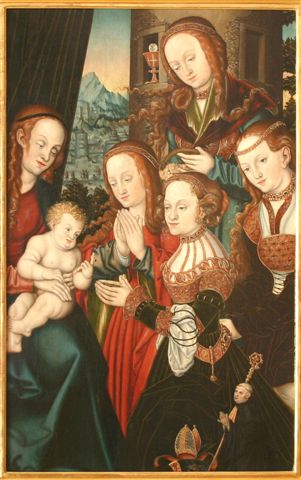 The Engagement of St. Catherine, oil tempera on limewood, L. Cranacha region, after 1520

The exposition presents a selection from the museum collection of Gothic and Baroque paintings and sculptures, either imported to north-west Bohemia or created in this region. The only exceptions are the panel altar and a modeletto of the altar-piece which are Italian by origin. The collection of Gothic pieces together with the permanent expositions in Litomerice, Most, Ústí nad Labem and Děčín put the finishing touches to the conception of the development of Gothic paintwork and sculptures in north-west Bohemia. The collection came into being in 1949-1971 thanks to the conveyance from the Osek Monastery and the sculptures from the Krupka and Bílina museums. Late Gothic tabular paintings from the abbatial picture gallery of the Osek cistercian monastery, presented in Teplice, after their creation had been intended for the monastery of the Virgin Church and the branch parish St. Nicholas church in Libkovice. The Teplice exhibits refer to 1480-1550 and provide the documentary evidence of the period art tendency, which has its roots both in the Netherlands and the German art of painting and also in the influence of graphics of M. Schongauer, A. Durer and L. Cranach Sr. Thematically the tabular paintings interrelate to the programme of the cistercian order and present the paintings which were bought for the monastery or painted according to its order. The evidence of it is the tabular painting of a group of saints – St. Bernanrd, St. Ondrej and St. Malachiaš with the figure of the donator and the so-called „picture in picutre“ of The Suffering Christ. Originally the tabular paintings comprised an integral whole, consisting of the central part and the movable wings. Later these parts had different owners and were used in different ways, which caused their splitting up and the individual presentation of each separate part. Thus the altar wing with St. Dorota and Vavřinec from the Ruženova altar of the Virgin Mary church in Osek is presented in Teplice, the middle part and the two wings are now at the National Gallery in Prague. Late Gothic paintings of north-west Bohemian artists were infuenced by works of Lucase Granach Sr. One of the works of his followers is the mysterious „Engagement of St. Catherine“. A great number of art pieces were imported to north-west Bohemia, the documentary evidence of it is the central part of the altar from St. Elizabeth Durynska church in Bilina, destroyed in 1942. The tabular painting of the saint, created by a Netherlands master of the XVI century, was set in a richly decorated Renaissance frame in 1606. The collection of Gothic sculptures refers to 1370 – 1570. The torso „Madonna from Krupka“ (about 1370) and „Pieta“ from the Osek monastery gallery (about 1440) represent the works influenced by the atmosphere of the Central Europe and the artistic style of that time. In the sculptures (the end of the XV century and the first half of the XVI century) one can see a pronounced transformation of German statuary. The Gothic works from north-west Bohemia complete the altar of the north-Italian master from Roncaiette (the beginning of the XV century) with the original altar construction and four tabular paintings supplemented by the relief sculpture of Madonna. It was transferred to the museum from the art collections of the Clary-Aldringens. Masters of Baroque paintings and sculptures are introduced in the Teplice museum by Anton Kern (1700-1743), a painter born in the nearby Děčín. The picture refers to 1730-1737 and originally used to be a part of the Osek monastery gallery. Kern was considered to be the first rococo painter in Bohemia, who accepted the Czech traditions and the Italian art, represented here by „Crusifixion of Christ“ (1721) by Francesco Trevisani (1656-1746). The painting served as a modeletto for the altar picture in the church of the piarist monastery in Litomyšl, destroyed by the fire in 1785. The collection of Baroque sculptures is presented by statues of saints and angels ( the first half of the XVIII century) originally placed in Osek and the pilgrim church of Suffering Virgin Mary in Mariánské Radčicí. In the interior, where the collection of paintings and sculptures is exhibited, there is a „Switzerland stove“ from the original chateau fittings, made in 1731 in the workshop of the Swiss stove-builder Daniel Meyer from Steckborn,which was installed in the chateau at the end of the XIX century.