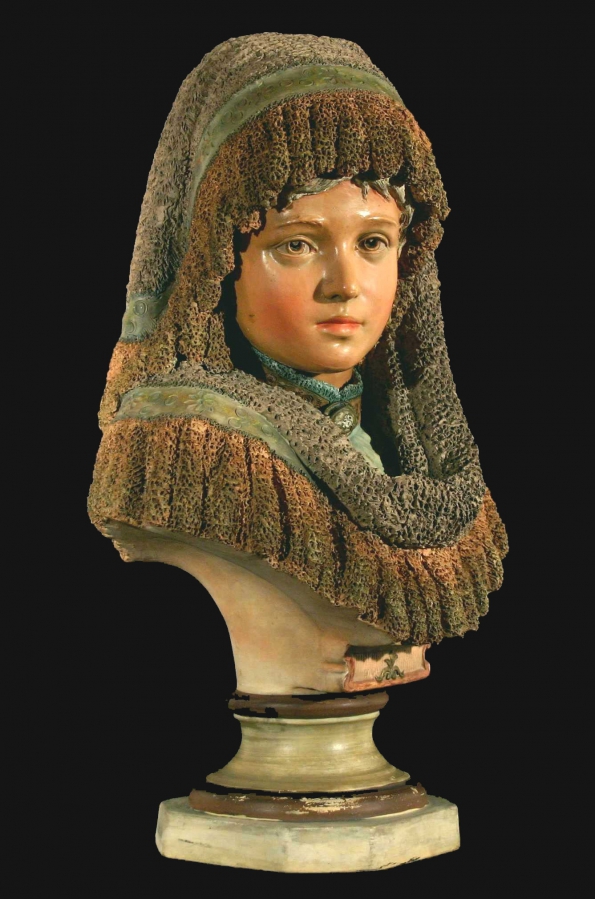 The bust of a young woman with a lace scarf, patina terracota, E.Eichler, Duchcov, about 1870 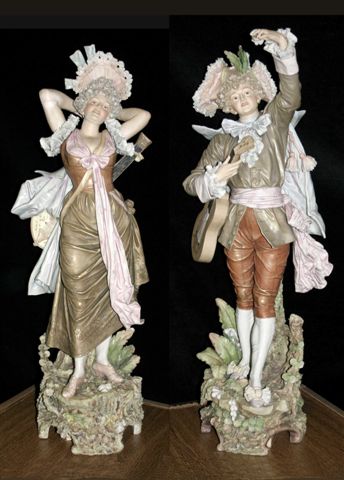 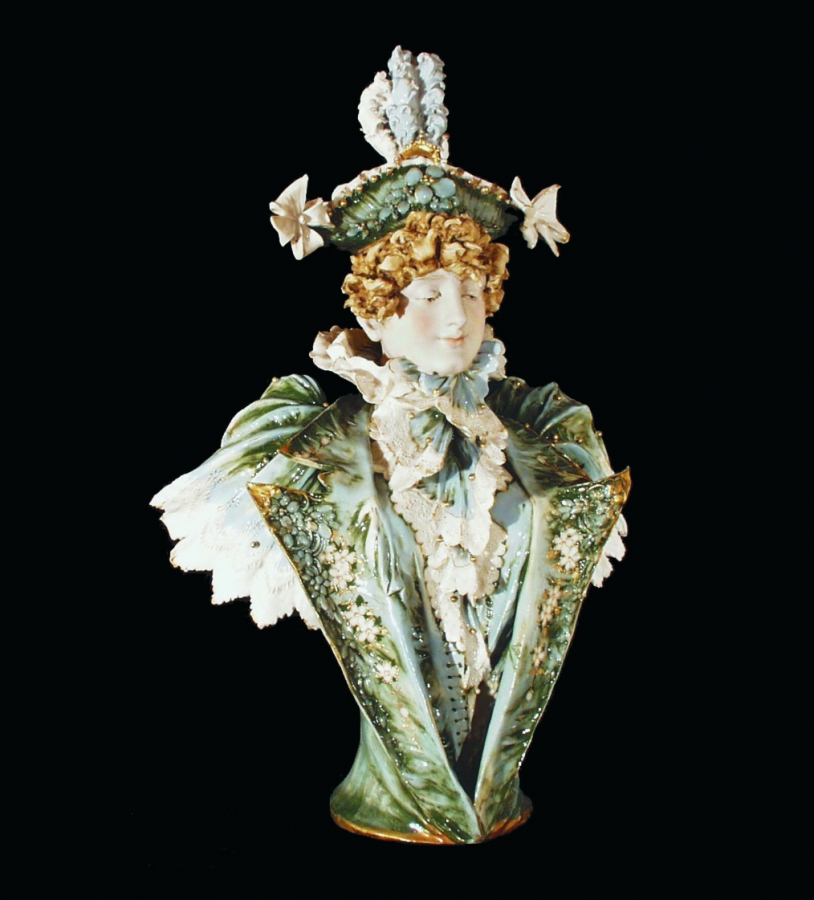 In 1997 on the occasion of the 100-th anniversary of the foundation of the Regional Museum in Teplice a new exposition of ceramics and porcelain was opened. It shows the development of this art in the Teplice region and contains about 300 pieces, produced by 17 most important firms in the region, starting from the beginning of the XIX century up to the beginning of the World War II. The base of the exposition is one of the oldest museum collections which appeared due to the systematic scientific work of the museum staff and consists now of almost 7,000 exhibits. The raw materials and energy sources in the region were suitable for the appearance and development of ceramic production. A great number of small and big workshops, manufacturies and factories produced a wide assortment of ceramics – bricks, pottery, floor tiles, stove-fittings, everything starting with various useful utility and ornamented soft or hard stonewear, finishing with richly decorated luxurious porcelain. At the turn of the XIX-XX centuries some of the local producers became popular on the European scale, which can be proved by many rewards at the exhibitions and by the quantity of the goods delivered to the customers in the whole Europe and overseas. Visitors admire a considerable variety of exhibits, the lacquered products made at the oldest local manufacture belonging to the Huffzky family founded in 1822 in Unčín, and the articles produced at the factory of Anton Tschinkel, who was the promoter of porcelain production in Dubí. Their successor and the biggest local manufacturer Bernanrd Bloch besides other activities is worthy of praise for the maintance of blue-printing production in Dubí, which continued till the World War II. The traditional technologies of die-stamping have been used at this factory until the present time. The rare ivory porcelain made by Alfred Stellmacher, the initiator of production in Trnovany, is also worth mentioning. Each exhibit of the world-famous firm Amphora, including the works of Eduard Stellmacher and Paul Dachsel, is artistically and technologically unique. Once a very commercialy successful firm of Ernst Wahlisse,besides its usual production, brought to the market new figure casts from the liquidated Vienne manufacture. Some historcal exhibits represent the firm Ditmar-Urbach which has been producing sanitary ceramics till now. One of the most important parts of the exhibition is devoted to the Duchcov manufacture founded in the first half of the XIX century. The production schedule of this factory is traditionally based on the decorative porcelain and has been functioning till now. The samples produced by other firms put the finishing touches to the pictorial variety of the local products representing many unique and interesting exhibits, which have been preserved only in the museum collection. One of them is a part of the ceramic tiling with a view of the river Rhine. In 1982 it was taken down by the museum workers from the face of a building in Trnovany and thus saved from demolition. A separate part of the exhibition is devoted to the ceramic vocational school founded in Teplice in 1874, the director of which was the native of Teplice, a goldsmith and modeller Franz Laube. The creations of the artists- former members of the scholl staff- can be seen in present Teplice. The sculptors Fritz Eichmann and Wilhelm Gerstner decorated the entrance of the new courthouse, renovated the Plague Column in 1895 and erected the central cross on the Teplice cemetery. Professor Gerstner is the author of the Seume bust in Lipova Street. The graduates of the school became highly qualified specialists in ceramic production, and many of them entered universities. In 1950´s the school was closed down and its large collection of ceramics and porcelain was taken over by the Regional Museum in Teplice.