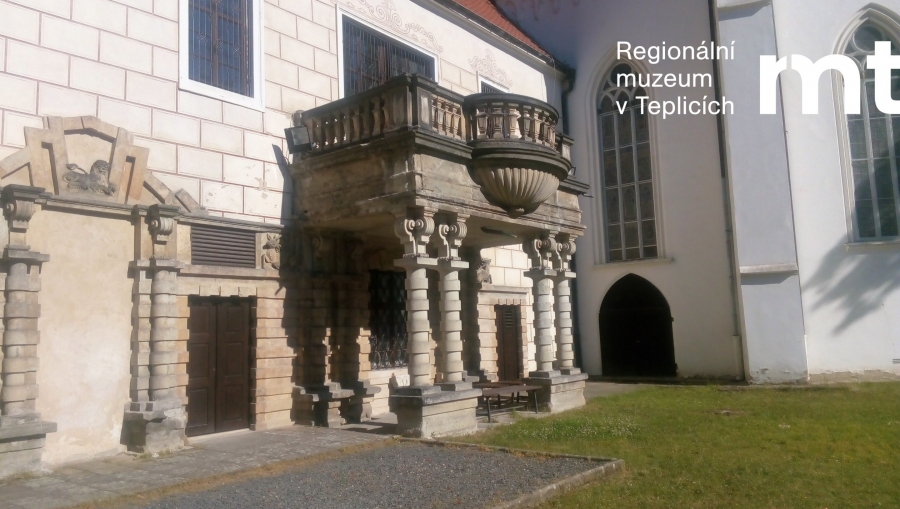 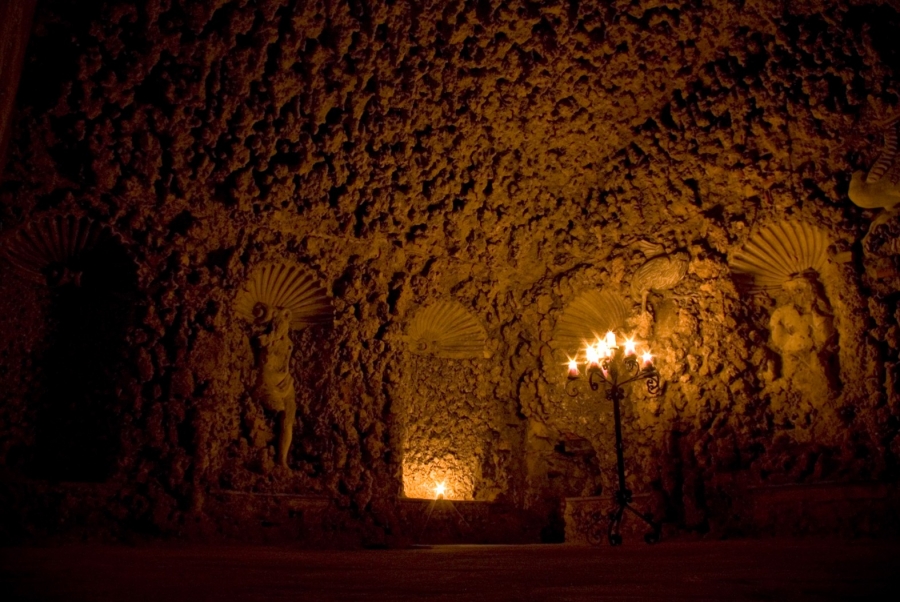 The display is situated on the ground floor of the Teplice Chateau’s so-called “romanesque wing”. This is the oldest wing of the chateau which was previously part of a Benedictine monastery founded around 1160 by Queen Judith (King Vladislav’s wife), who is also buried there. Part of the exhibition, which presents the history of the monastery in a pan-European context through multimedia elements, includes examples of preserved Romanesque architectural elements, artifacts, written documents and graphics, obtained during archaeological and historical reconstruction and archival surveys.
The artificial cave was built around 1630 in the residence of Wilhelm Vchynský, a faithful supporter of Albrecht von Wallenstein, a man alongside whom he was killed in Cheb, 1634. At the end of the 18th century, another owner of the Teplice estate, Johann Nepomuk Clary-Aldringen, rebuilt these rooms in classical designs. The surviving building plans clearly suggest that the garden hall served as a dining room for senior servants. The reconstruction of these premises, including the romantic modifications of the castle garden, was part of the generous classicist reconstruction of the Teplice Chateau. It thus gained its present form, along with the whole town of Teplice. This new building in a unified classicist style placed Teplice on the same level as other spa towns of Western Europe.
PhDr. Bohuslava Chleborádová