The Inner Courtyard of the Chateau

The Inner Courtyard of the Chateau 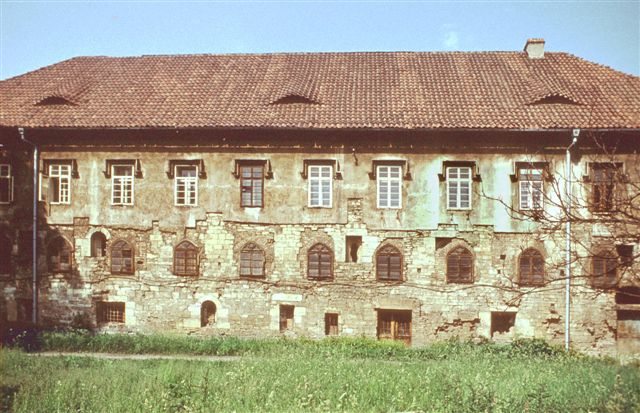 The eastern wing of the chateau, originally a part of the Romanesque convent in which there was a capitular hall and a dormitory. Before the reconstruction in 2006 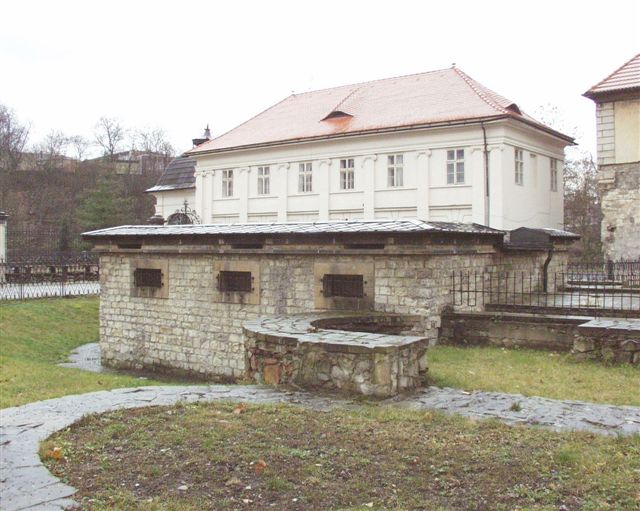 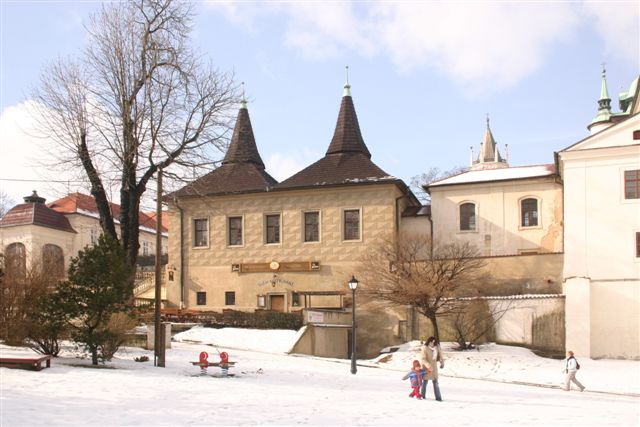 The Kolostuj steeples with the Baroque aviary on the left, and the entrance to the oratory of the Dean´s Church on the right 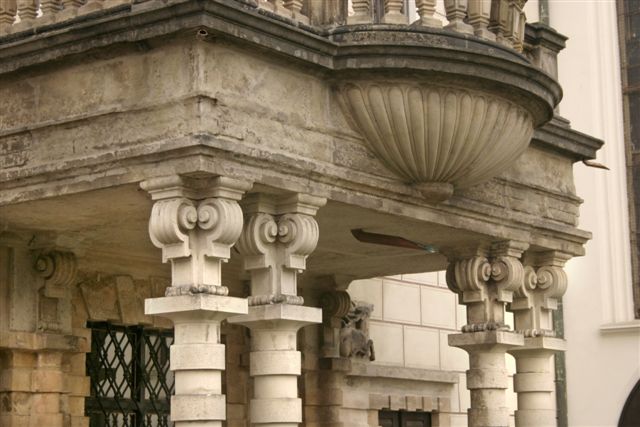 The territory of the chateau courtyard had been inhabited already at the time of ancient settlements, but their traces were overlaid by the building of the Romanesque church of St. John the Baptist in about 1200. The church belonged to the Benedictine Order convent, founded by Queen Judith in the 60´s of the XII century. The parental house of the new convent was the Benedictine Order Convent in the Prague Castle. The close relationship between the both convents is also proved by the basilica remains, found in the inner yard of the chateau in 1953-1957. It was a three-aisled basilica with three apses and two towers. Their pattern can be still outlined in the courtyard. The Romanesque columns and other parts of the original architecture have been preserved in the crypt. In the northern part of the chapel in the tomb there were bones of a woman, which the anthropologist Emanuel Vlček identified as the remains of the founder of the convent- Queen Judith. In the Middle Ages the parts of the convent, closed for the ordinary people, adjoined the church. The remnants of these parts are Romanesque and Gothic brickworks in the western, southern and eastern buildings surrounding the yard. The eastern building, now reconstucted, dates to the beginning of the XIII century. In it there used to be a capitular hall and a dormitory (the nuns‘ dortour ). The above mentioned buildings were enclosed by the paradisic yard with a water well. The convent, damaged at the troublesome times of the Hussite wars, was left by the nuns in the 30´s of the XV century. In the second half of the XV century the convent buildings were reconstructed into the seat of Queen Johana, the wife of Jiří from Poděbrady. Later, when the chateau had different owners, only the necessary repairworks took place. It was at the time of Volf from Vřesovice (1543-1569) when the broken walls of the convent church were cleared away, later a garden appeared on its place, and the construction of the chateau church and of the main building started. The finishing of this construction and the striking changes of the look of the buildings in the court-yard according to the Renaissance style took place during the reign of Vchynsky, who owned Teplice in 1585-1634. The renovated convent buildings got the name of „the old chateau“. During the time of the conflict with the townsfolk concerning the Brewery right in the 80´s of the XVI century, the eastern wing was rebuilt into the brewery, which functioned until 1696. About the year 1600 a Renaissance pavillon, the so-called „Kolostuj steeples“, was built (the name is connected with the legend about the discovery of warm springs). Next to it there appeared star-step „Bird stairs“ which connected „the smaller garden“ near the chateau with „the lower garden“ where they grew pheasants and other birds. On the ground floor of the building, joined to the main one, a grotto (an artificial cave) was established. The later Renaissance stone decoration, with the figures of animals on the face of the building, is ascribed to the Netherland craftsman. The Baroque period of the chateau reconstruction at the time of the Clary-Aldringens can be traced in the adjustment of the garden and the stairs, leading to the lower garden, related to which there was an aviary, attributed to the master builder Christian Lagler. The chateau church was modified at the turn of the XVIII-XIX centuries in the Gothic romanticizing style and became the first sample of the Czech architecture in this style. The facades on the front of the eastern and the southern buildings were adjusted in the same way. In the southern wing there appeared new arcades, the eastern building after the demolition of the brewery was used as a storehouse and, after that, changed into offices and flats. In 1806-1808 a house for the gardener was built (now it is the restaurant „Šárka“). After the year 1890 a new Baroque balcony was added to the Renaissance building, as well as a new balustrade on the nothern end of the yard. Several garden adjustments of the esplanade were also made. The present- day condition of the courtyard is a result of several stages in its adjustment which was performed during the period from the end of the basilica exposure ( 1957) till 1991. In 2006 the reconstruction of the eastern wing started together with the archeological research work. The evaluation of the findings will surely change or specify our previous knowledge of monastery buildings and the transformation of their functions.