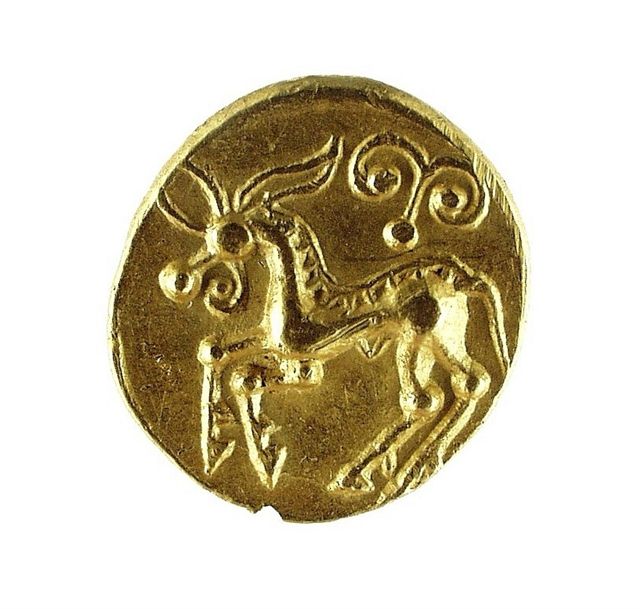 1/3 of a Celtic stater, found during the harvesting beet in the village Hrushovka, Litomerice region – obverse 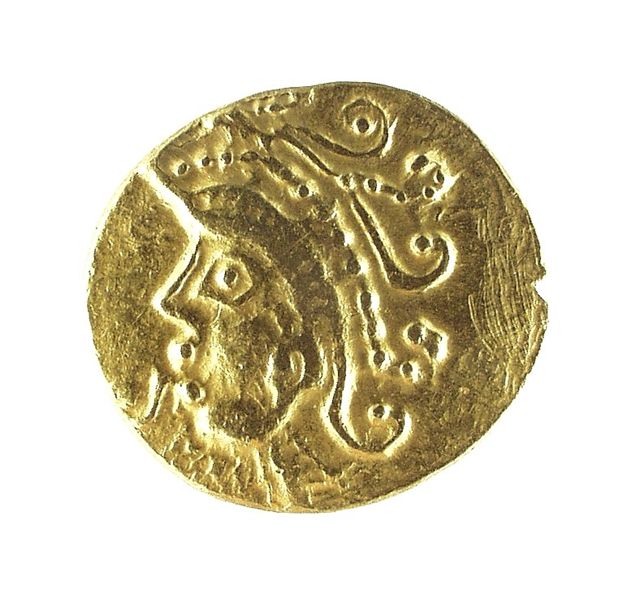 The reverse of a Celtic coin found in the village Hrushovka 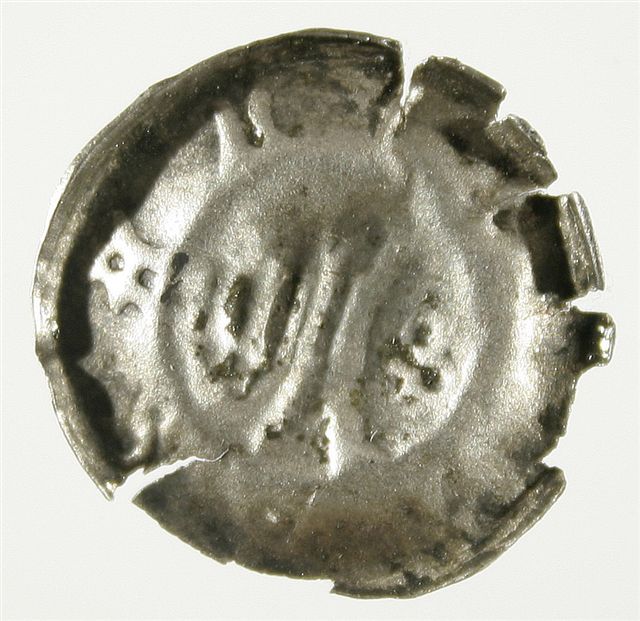 The reverse of a Celtic coin found in the village Hrushovka. 3. A small brakteate (XIII century) stamped in the town of Saafeld. 4. A Prague groshen of the times of King Vaclav II. 5. An emergency- substituted 20- crown banknote issued by the municipal

A Prague groshen of the times of King Vaclav II. 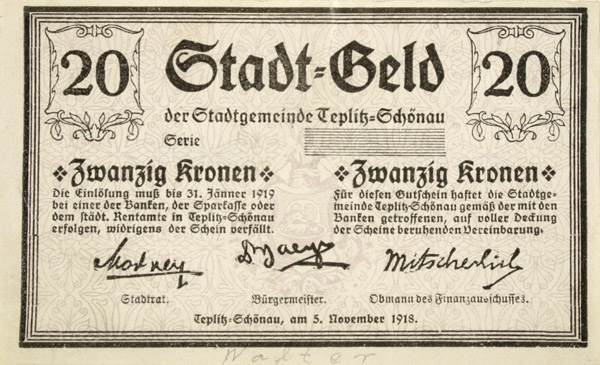 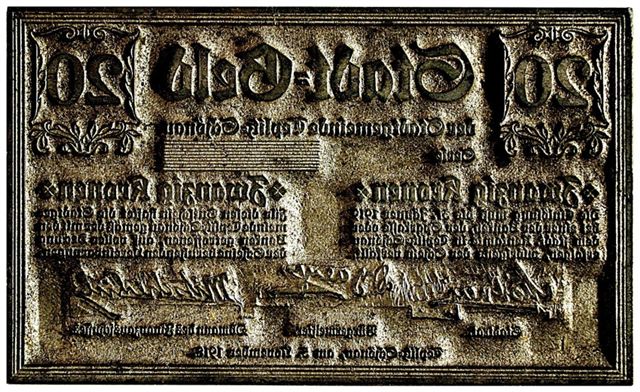 The Numismatic Cabinet is only a part of the numismatic collection of the Regional museum in Teplice. The whole collection contains more than 11,000 pieces. The exhibited coins and paper banknotes acquaint us with the development of means of payment, used at our territory from the ancient times till nowadays. The ancient coins were mostly found in the Teplice region. First of all we should mention the Celtic and ancient coins. The so-called "Denarius period" is represented by a chronological order of coins which were used at the time of Premyslov sovereigns, starting with the Prince Oldrich ( the XI century ). The biggest collection belongs to the times of the first Czech king Vratislav II. The Brakteate period is represented only by a few pieces, due to the small amount of the preserved coins and their fragility. The coins of the Groschen period look like common groschen mintage and also remind small change ( parvus, pfennigs, hellers) that is, the mint used during the reign of various Czech rulers. TheTaler period is represented by the coins which were forged ahead by all sovereigns of that time, the mintage of the Directorium ( (1618-1620) is also included. In particular there are parts of taler (kreutzers and farthings), which were used more often than the taler itself. In 1753 Maria Tereza started the currency convention between Bavaria and Ausrtia, and the period of the so-called currency convention began. The Levant taler is surely worthy of notice. These coins were promoted in 1783 and soon widely spread to the
Near East. There they became very popular and are still used in small quantities as souvenirs. After a short period of Austrian currency (1857-1892) the Emperor Frantishek Josef I introduced the crown currency, which remained valid unitl the end of the monarchy. The two pieces of depreciated currency (dated 1916 ) are also exhibited, they were taken out of use when the nickel 20 heller-coins were replaced by iron ones and the gained metal was later used for military purposes. The Czechoslovak coins refer to the Slovak state and the Protectorate of Bohemia and Moravia. A protectorate 10-heller coin, designed by Josef Eder, is very interesting. Its reverse is almost similar to the first-republican 10-heller coin, and differs from it only in the poise of the statues on Charles Bridge. They don´t hold their arms down the bodies, but upright in a threatening way. In 1953 the extended monetary reform started, and during three days the temporary post-war currency was exchanged for the new one. The exposition pictures the development of the Czech circulating and commemorative coins since that year up to now. The evolution of the paper means of payment is shown at the example of a 100- crown banknote.
Mgr. Stanislava Klečáková