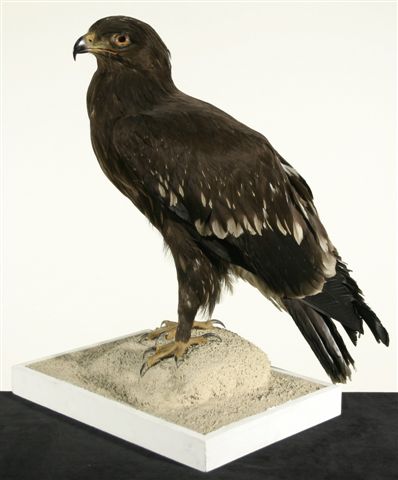 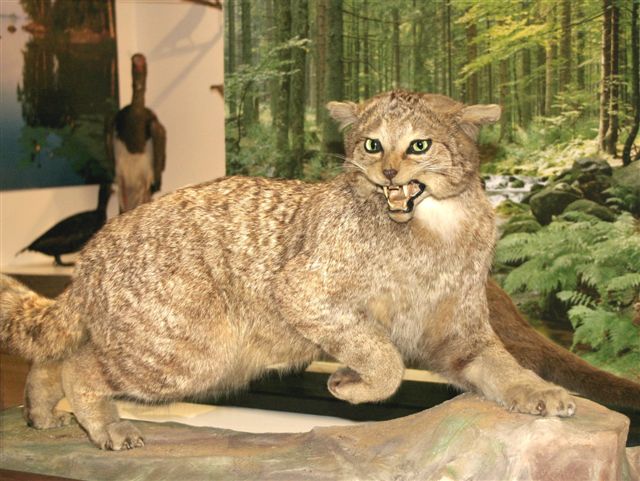 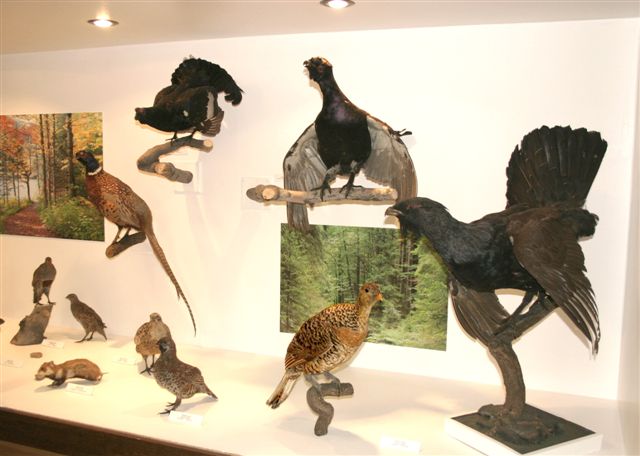 The zoological expostion in the Regional museum in Teplice 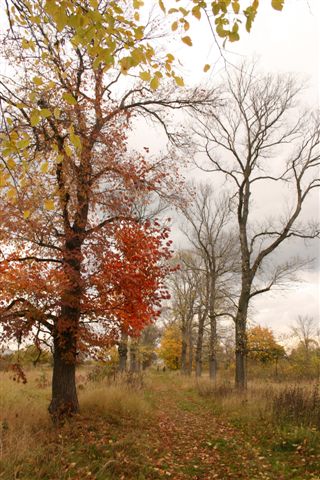 The alley of listed elm-trees near Duchcov

The major part of the zoological exposition of the Teplice museum is devoted to the representatives of birds (Aves), which are no longer typical for the region, but in the past could be found, seen or netted here and used to be the characteristic species of the local fauna. The exhibits in the showcases are supplemented by the trophies of big game and fallow deer, the biggest vertebrates in the region. To this group we can also add red deer and blackcock in the Ore Mountains. The representatives of champaign are ortolan bunting and the European suslik. For the Czech Low Mountain Range in theTeplice region the follownig species are typical: drop-off speckled fallow deer, roebuck and wild crane, no longer found. The exposition itself, in spite of the lack of space, is divided into five thematic sections:
1. Birds of prey, which due to their splendour spread of wings, the manner of flight and the scarceness have always been attractive for hunters and unfortunately have always made people long to possess them.
2. Birds of forest and champaign. Some species of this group due to man´s activities have been forced out of our region.
3. Waterfowl - inhabitans of wetland and swampy soil ( rivers,streams,ponds, pools,strip mine lakes, flooded surface fractures, water-supply reservoirs and moorland.)
4. Rare species of fish and mammals, historically authenticated in north-west Bohemia.
5. Hunter trophies exhibited at the expositions as samples of game animals.

Strip mine lakes and flooded surface fractures are typical for the brown coal basin in the Ore Mountains Region. The streams are numerous, but mostly regulated. Recently on some of them dams have been erected (Všechalpy,Fláje,Jirkov,Prisechnice). A dam reservoir was also built on the river Ohře, at Nechranice. The Ore Mountains are rich in bog. People´s settlements appeared on the places, clear of trees, simulateously with the establishment of fields, meadows and pastures. In their neighbourhood fruit trees and other trees were planted, gardens set up. Thus there were conditions for appearing zoocoenosis (communities of animals), which are used to people, living in their neighbourhood. This process is still going on. For example ousel (black bird), which in the middle of the XX century used to be a timid bird of forest shelter, step by step penetrated into villages and towns. Some animals and birds, which had originally inhabited rocks and hallows of trees, came to live near people´s settlements, for example, swift, swallow, house marten, balck redstart, barn owl and, to some extent, stone marten. Swallows and house martens don´t make nests in the wild any more. Many species brought to us by chance, perhaps by some means of transport, for example, brown rat, also mingled with people. Man influenced the number of the vertebrates and the variety of the species which inhabit champaign. By removal of forests and regulation of waterways man fundamentally changed the surface of the earth. On the disforestated land people seed agricultural plants, root crop, and maintain grass carpets on the meadows. On the places, where they don´t plough or cultivate the land in some other way, people herd the cattle, which prevent the growth of new forests by constant grazing of woody sprouts brought by air. In the Ore Mountains the champaign is formed by deforested plateaus with fields and vast, often water-logged, meadows. Along the roads there are alleys of rowan trees. In the Czech Low Mountain Range there are deforested grass hillsides, bushy and stony fallow lands, pastures, fields and fruit gardens. The characteristic representatives of the species, inhabiting the champaign, are ortolan bunting, polecat, and, at one time,the European suslik. At high altitudes in the Ore Mountains these species are less numerous or ever found at all. The forests of the Ore Mountains and the Low Mountain Range differ in composition and, to some extent, in fauna. The original birch-fir forests (the spruce trees grow here only at high altitudes, mostly above 800 meters) were to a large extent changed into spruce monocutulures. On the plateaus near the fields and meadows there are large raised bogs with pines, birches, rowan trees and dying spruces, which give the countryside a characteristic look. One of the largest peatbogs is the Novodam peatbog near Chomutov. Peatbogs are big natural reservoirs of water, they supply streams, which in their turn fill dam reservoirs. Lately the forests in the Ore Mountains, spruce forests in particular, were devastated due to exhalations form factories, power- stations and brown-coal opencast mines.