The Interior of the Teplice Chateau

The Interior of the Teplice Chateau 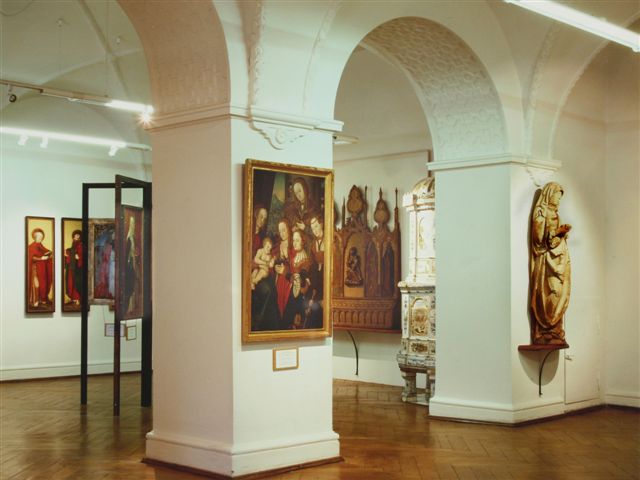 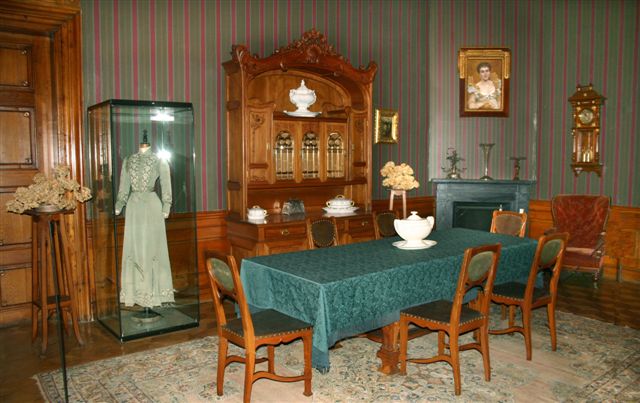 Art Nouveau collections in the interiors of the chateau dining- room 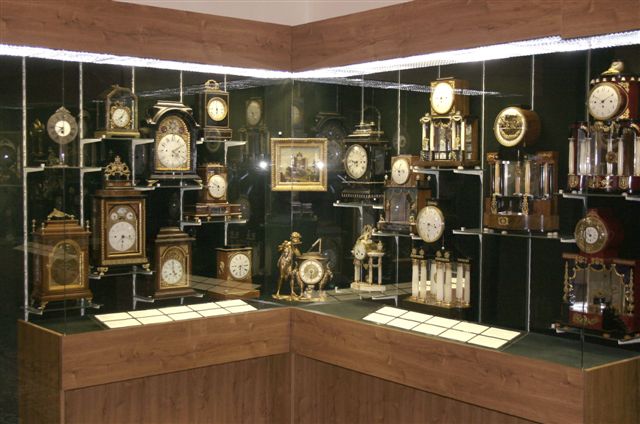 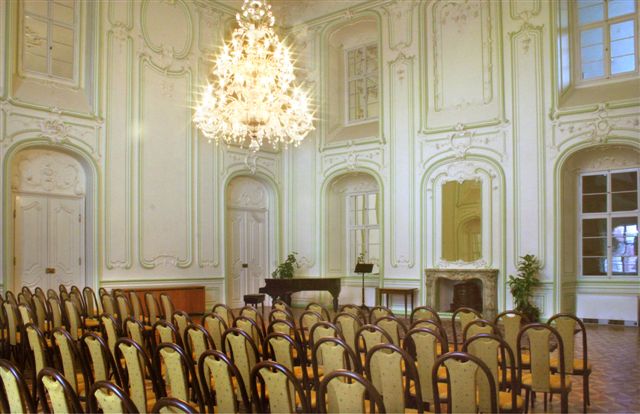 The Rococo hall with a rich stucco decoration (1772)

The main chateau building occupies the whole southern part of the Chateau square. Visitors enter the chateau through the portal, built in the classicist style, above which there is the emblem of the Clary-Aldringens, and walks through the passage with Renaissance barrels and plastic small combs. The passage finishes with an argillite semi-circular portal, built in the Gothic-Renaissance style. Along all the length of the main building there is a corridor with the glass archways vaulted by Renaissance groynes. In the direction to the square from the corridor there are entrances to the Renaissance rooms which serve for exhibitions or for operating purposes. On the eastern side the corridor runs as far as the ground floor of the Renaissance side building, which connects the main bulidng with the southern wing and opens out to the inside yard on the eastern side of the chateau area. In the western part of the corridor to the right of the passage there is a staircase with the columns bulits in the classicist style. They connect the ground floor with the 1st and 2nd floors. On the landing there is a board with the family sign of the Vřesovtsi ( half moon ) and the Vchynski ( three wolf´s teeth ) dated 1593. The corridor on the first floor of the bulidng, which is typical for Renaissance, links the main building with the western wing and the eastern „old chateau“.The Neo-Renaissance wooden portal, the coffered ceiling and the glass cases placed in the corridor had been brought by the Clary-Aldringens form the chateau Petersburg in Tyrol. At the Renaissance time one could enter the hall on the northern side ( in the direcion to the square). During the later re-buildng the original ground plan was changed, and in the XIX century the wide arches, decorated by small ornaments, were broken through. Thanks to it a free entrance to the three rooms was opened. In the first two of them on the face of the barrels we see the Renaissance ornaments in the shape of leaves. In the corner of the room near the staircase there is a Baroque fire-place brought form Switzerland by Carlos Clary Aldringen in 1900. In these three rooms there are paintigs and sculputres dated from Gothic to Baroque times, most of them coming from north-west Bohemia. In the fourth room the collection of antique clock is exhibited. After that you come to the Rococo hall, the former Renaissance palace. Nowadays concerts, lectures and social actions take place there. On the eastern side of the corriodor, facing the park, there is a former eastern tower with a decorated ceiling, where nowadays a numismatic collection is placed. At the end of the corridor there is a stone portal, with the Clary Coat-of-arms, as a part of its decoration. Through the portal we can go to the first floor of the left wing where we can see the Spa expostion. The little unplastered Romanesque blocks in the third room are the evidence of the fact that this bulidng used to be a Benedictian convent. The coffered ceiling with a very simple ornamental painting is all that remained from the Renaissance interior of the hall. If we come back to the main staircase and go to the right to the halls we can admire the works of the pupils and teachers of the ceramic school in Teplice and the products of the local ceramic factories produced in 1880-1930. Then we continue our excursion to the Expostion of historical rooms. To get to the western wing we turn right from the staircase on the first floor of the main building. We go past the ceramic-school room and continue our way through the rooms of the western tower, arched by the groynes and a moss-covered sector. Here and in the next room you can see the Zoological exhibition. Behind the tower room there is a long corridor of the western building. In the glass-cases you can see the minerals form the Ore Mountains, the Basin Under the Ore Mountains and the Middle Bohemian Massif. On the left there is the Primeval exposition. The History exposition also starts here. The corridor leads to the former theatre, where nowadays there is the chateau and museum library. The former garden room, facing the park, was changed into the Ceremonial hall. On the ground floor of the western wing there is an exhibition hall called „ the Manége“ (riding school) but in fact there used to be only stables and the rooms for keeping carts. A separate entrance leads to the club open for the audience for lectures and other public events. In the interior one can see some fractions of the Gothic masonry and the remnants of the Renaissnace and Baroque period of the building. This part of the ground floor is also open for the visitors of the Ceremony hall. These short guide lines could help the visitors find their way in the large area of the museum and remind of the order in which the expositions should be seen. The rooms not included into the visitors´ path haven´t been mentioned.